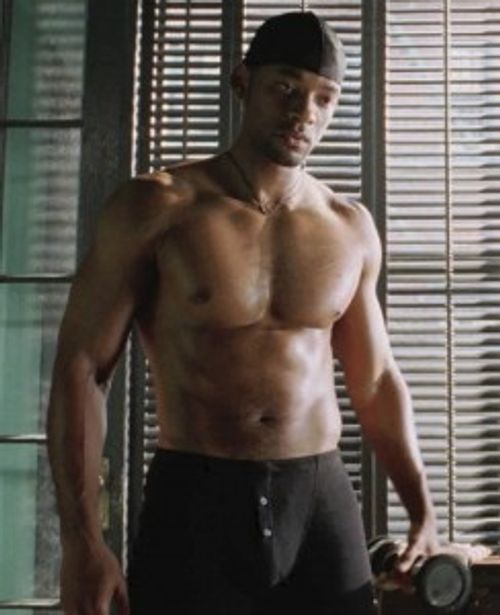 Will Smith is everywhere! He's been in dozens of very successful movies, playing characters that range from a super-hero to a homeless man with a child. If he is type-cast at all, it's as an actor that millions of people want to see.
If Will Smith's in a movie, no matter what kind of role, the movie is probably going to be popular!

He was asked to bulk up, for his performance in the movie 'Ali', so he would look more like the legendary boxer, Muhammad Ali. He and his trainer worked out a diet and training plan that raised his bodyweight to a lean and strong 205lbs.

Here's the diet program that got Will Smith in shape for his role as Muhammad Ali:

He was very careful to eat 6 to 8 meals a day: High protein and high carbohydrates. He often supplemented his meals with protein shakes to save time. It's hard to find the time to prepare 8 meals a day!

Mr. Smith's trainer reduced his carbohydrate intake as filming approached. This allowed his body to burn more fat, which gave him the lean and strong look he was after for the role.

Will worked out 5 days a week, and did a split routine. He liked to work opposing body-parts on the same day - like biceps and triceps, chest and upper back, shoulders and lats, etc..
Lifters sometimes work 2 body-parts at the time without resting between sets: This is called 'Alternating Sets' - It's sometimes referred to as 'Super-sets', but that's not accurate.

Alternating sets can really get your heart pumping! which makes you feel like you're making good progress: This is one of many work-out techniques. Keep in mind; a good diet is the primary key to success. The work-out routine is secondary, as long as your routine doesn't cause you to become over-trained.