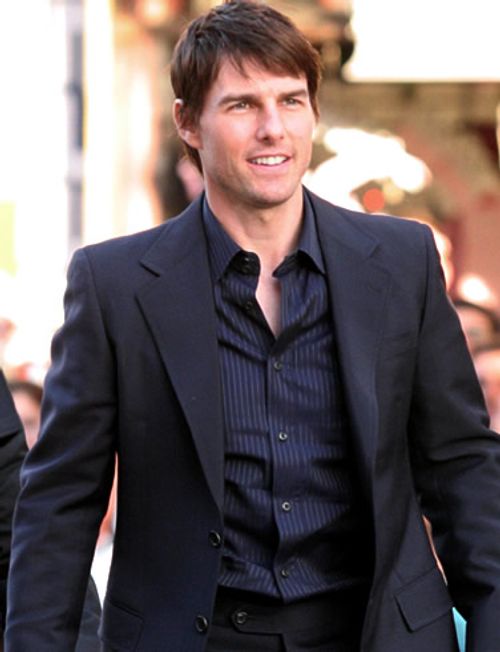 Mr. Cruise was born in 1962. He is recognized by many as one of the best actors alive. He looks very athletic in most films because he follows a very strict diet in preparation for the big screen.

He ate only meat, cheese, and some leafy vegetables. All food containing sugar additives were completely banned. Starchy vegetables and white flour were also banned - Corn, Okra, etc. He ate 6 to 8 times a day and consumed only 1,200 calories per day. Protein sources included grilled chicken, raw sashimi and grilled tuna steak. He worked out for 90 minutes every morning, and jogged 2 miles every evening.

Mr. Cruise gains muscle and fat very easy, according to his trainers and diet coaches, so it's takes a great deal of discipline to look as good as he does at his age.
His diet reportedly gets a little out of control when he's not filming, but give him a break! he's only human; I think.