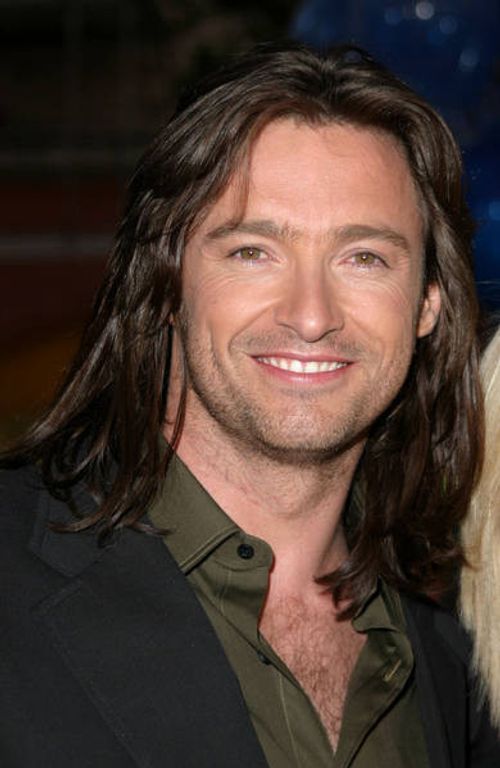 Hugh Jackman is one of my favorite actors. His work in the movie 'Kate and Leopold' made it worth watching more than once. You may also recognize him from his recent work:

Mr. Jackman takes his craft seriously, and his work shows it. Since appearance is obviously an important part of being a commercially successful actor, he takes fitness seriously as well.

Before filming 'Wolverine', the producers asked Mr. Jackman if he could bulk up to resemble the comic book character. His physique was said to resemble Clint Eastwood, which is great! but they wanted a super-hero. Hugh decided to push himself and create a look that more closely resembled Mike Tyson. He consulted Dwayne Johnson, and he hired the best trainers and nutritionists available.

Here's the diet plan that made Hugh Jackman look just as strong as a comic-book character:

Meal 1:
Hugh would get up at 4:00 in the morning, drink a protein shake (no carbs) and go back to sleep for a couple hours.

Meal 2:
He would eat a high protein meal immediately after his morning workout.

Meals 3 thru 7 (or 8, depending on how long he was awake):
Mr. Jackman spaced his remaining meals out at 2 to 3 hour intervals. He would never (NEVER!) skip a meal.

Dwayne (The Rock) Johnson told Mr. Jackman 'the big secret' to growing muscle mass without drugs: Eat right and eat at the right time.
"I do the Dwayne Johnson diet. I rang him and he said eat 6000 calories a day; you start at 6:30 in the morning eating chicken and broccoli, and you eat every two hours.�

Hugh also employed an advanced workout technique that can be dangerous for novices, but he's been working out for many years so his body was ready for it. His trainer guided him thru a muscle confusion technique that helps experienced lifters break thru plateaus. Mr. Jackman gained 20 pounds of muscle mass for the role of Wolverine. If they had not used this advanced technique, he may have plateaued at a 16 to 18lb gain - He would have been fine!

I only recommend muscle confusion to advanced lifters. It's not for everybody. It can cause injury; and if you over-use it, you can hurt your progress in the gym: You can shred your central nervous system! Tread lightly!