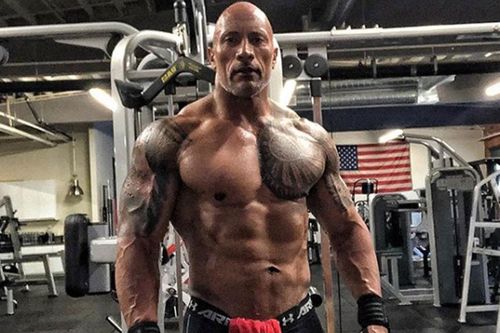 No matter what Dwayne Johnson does, whether it's wrestling as 'The Rock', speaking at the Republican Convention, or starring in a feature film; he always looks like he's having fun. There's a charisma about him that's much like bono or Chris Pratt. 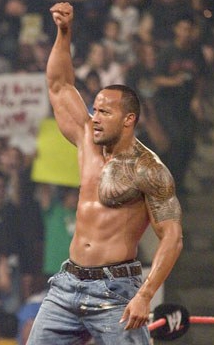 Dwayne Johnson is an accomplished actor, a successful weightlifter, and he seems to be a person of great character.

Early in Mr. Johnson's film career, he wanted to separate himself from the pro-wrestilng type-cast, so he lost a great deal of weight to become more lean.
The diet listed below was what he used to lose weight without losing significant muscle mass. That's a difficult thing to do!
When you are dropping your overall body-weight, it's easy to get into a pattern of losing more muscle than fat. It takes a great deal of discipline to lose more fat than muscle.
Can you recall the countless participants of no-carb diets of the 90s? If you're more than 20 years old, I'm sure you remember. Testimonials could have read something like this:
"I just lost 50 pounds and I've never looked worse!"
Not so with The Rock.
Follow Dwayne Johnson's example, as illustrated below, and you can't go wrong!

Here's the diet that helped Dwayne Johnson lose the fat and keep the muscle: 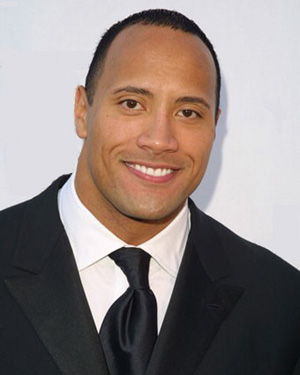 Mr. Johnson usually works out in the early afternoon.

When Dwayne was cutting his weight, he exercised 6 days a week for over an hour. He used a high-rep split routine, and worked each muscle group 3 times a week. He would do a small amount of cardio to warm up - including running stairs and box-jumps, then he'd hit the weights!
BTW: Don't do cardio immediately after weightlifting - That hinders muscle growth.